Loading...
Can Aikido be made functional for MMA? We answer the question in this video. Together with the help of Nathanael Chawkin an Aikido black belt and experienced BJJ and MMA instructor.

This Aikido training was also a preparation for the upcoming Aikido vs MMA remath which will happen this Sunday and will be released on Monday. With this video we hope to answer whether functional Aikido can exist and if Aikido can be mixed with BJJ, MMA and Judo.

All of this functional Aikido training was done in alive manner avoiding the common mistakes that Aikido normally has - in particular an extreme version of cooperativeness.

To see the first Aikido vs MMA sparring check this link: https://www.youtube.com/watch?v=0KUXTC8g_pk

Now to say a few more words about functional Aikido one could argue if Aikido stays Aikido when mixed with BJJ, Judo and MMA. Clearly if Aikido would go vs BJJ, or Aikido vs MMA or Aikido vs Judo it would be in trouble and when mixed with these martial arts Aikido starts to look more like BJJ, Judo or MMA. Nevertheless it is a worthy experiment to put this question to rest.

Personally I am loosing interest in specifically functional Aikido and I've became more interested in functional martial arts in general. Yet to finish the full circle which was started by Aikido vs MMA I will finish the training of funtional Aikido, will try to apply Aikido in MMA one more time so my mind would be at peace and I could move onto next questions.

What do you think about the question of functional Aikido? Are you looking forward to see the Aikido vs MMA rematch? Let us know in the comments. 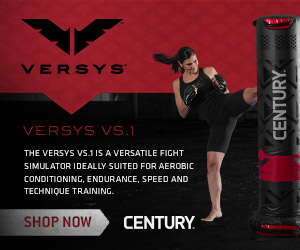